It’s that time of year again, folks – the time when the Queen parades around in a Union Jack toga and all other nations are banned from our green and pleasant land. It’s the Brit Awards 2016.

Stretched across the O2, a collection of some of showbiz’s finest legs and faces will parade around in giant dresses and even bigger suits. And given the legacy of controversy surrounding this staple event in the nationalist calendar, we’ve put together our predictions for how the evening will end – if, indeed, it ends at all.

1. Adele will murder someone

Following her utter disgrace at the recent Grammy Awards, Adele is rumoured to have spent the last few days in a blind rage. After a brief psychotic episode where she hid in a kennel and communicated solely through howls and barks, she’s back and she’s on a rampage. A little birdy said she’d vowed to ‘rip the throat off the sound guy’ at the faintest whiff of a technical glitch tonight – so let’s hope she dons a red dress tonight! Because of all the blood!

2. Madonna will try to gate crash

Rightly banned after her embarrassment at last year’s awards, we’re concerned Madonna might refuse to take no for an answer and will try to attend anyway. If you didn’t hear about it – and if you didn’t, where were you? – Madonna tried to make everyone believe she was a superhero with real powers by wearing a cape. She fooled nobody and was justly stopped from hurting anyone by a nearby dancer who sat on her cape and forced her to fall backwards and land on her head. Not sure what she was doing there anyway – isn’t she American?

The professional tension between these two has been absolutely brutal over the last decade. It’s only normal – you can’t be expected to spend that much time with someone and not feel compelled to destroy them occasionally. And what better way for these two small northerners than live on TV? It’s dramatic. It’s disgusting. It’s perfect.

Despite most of the world being really relieved when Coldplay broke up, they’re apparently going to reform this evening in an attempt to scoop another surprise award. Apparently they’re chasing Robbie Williams for his record – but we think they should leave him the hell alone. He’s been through enough. At least Chris can go back to his lovely wife Gwyneth after another undoubtedly disastrous night in his life, and his Apple laptop.

5. Trophies will be binned 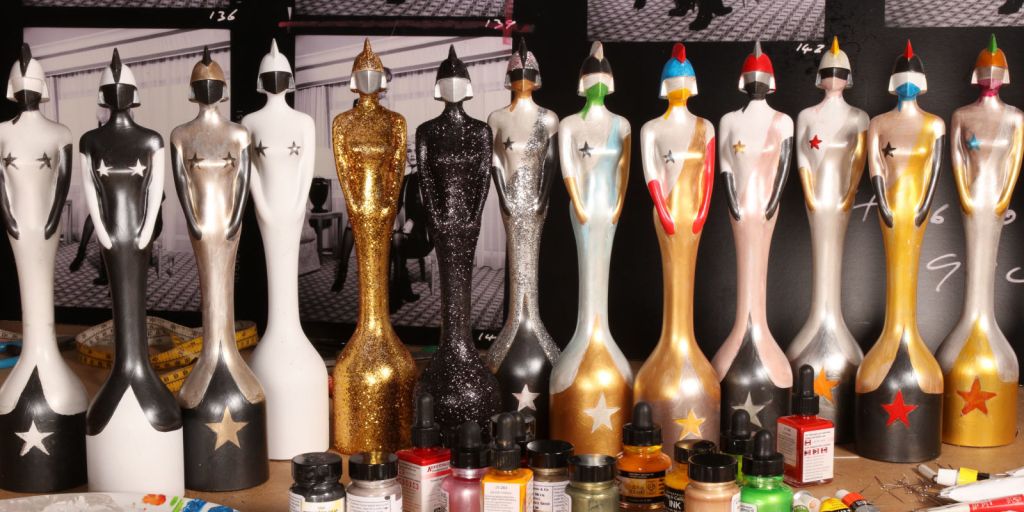 For some reason, this year’s trophies have been designed by some mad bint who’s decided to dress them all up like Darth Vader. Now, we know that Darth Vader is an important part of British history and something of a national treasure – he opened up the London Design Museum back in 2006 – but we really can’t see his relationship with the music of our nation. So weird.