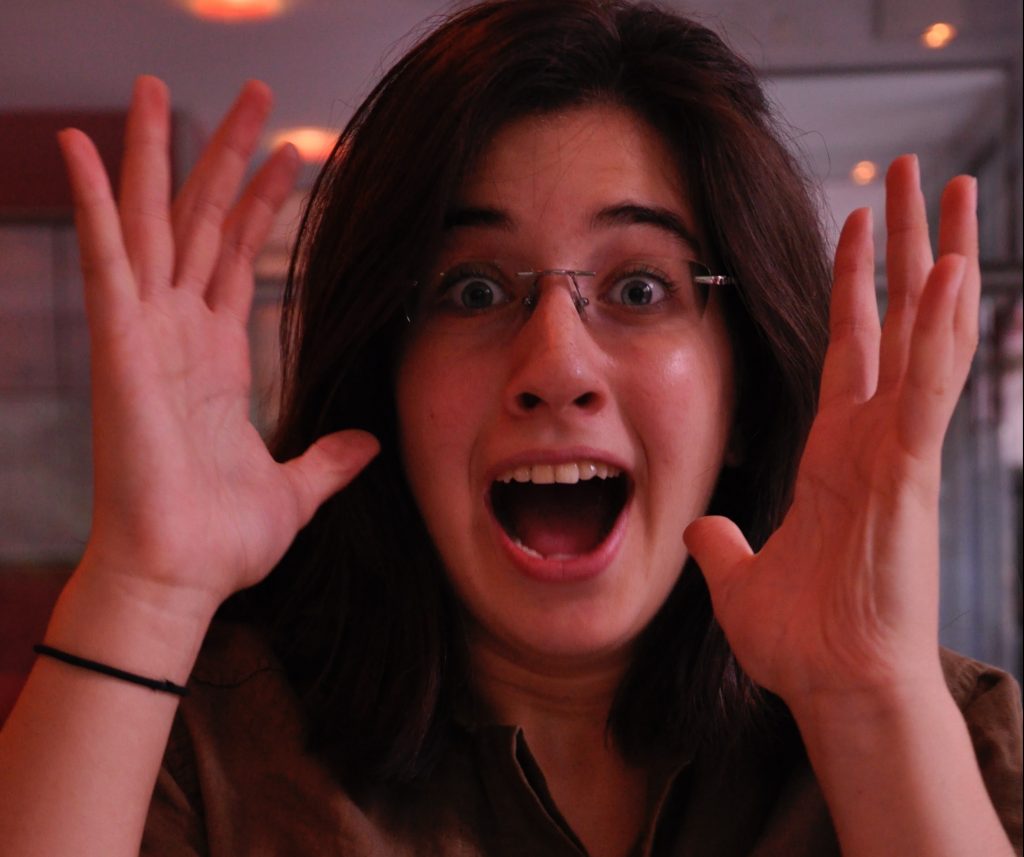 Love is a cruel mistress, but never is she crueller than when you find yourself sitting opposite someone who is clearly ten years older than their Tinder profile suggested. Or, worse, they’re not only a decade older but a couple of feet shorter than you’d been led to believe. Or, worse still, they’re a totally different person from the one on the app, whoever the fuck that was.

We’ve all been there, ladies, and we’d all wished we’d had a bit of moral support when we’d run to the loos to try to plan our escape. Well, take your BFF off speed dial and don’t even think about ringing your mum – because Glamourless is coming to the rescue instead. Strap yourselves in for our guide to the coping mechanisms you can employ in this, the saddest of dating scenarios.

Of course, it would all be so much simpler if you could just leave. Going back to the table and saying, ‘No offence mate, but you look nothing like your pictures and I feel like I’m here under false pretences, so I’m going to go home now’ would surely be the reasonable thing to do.

However, buckling as we all are under the weight of centuries of subjugation and servitude at the hands of men, it’s not as straightforward as that! It would take quite an unlearning of societal norms to suddenly break out of this pattern and, if you’re anything like the rest of us, your main concern will be for this poor chap: how would he feel? Wouldn’t his confidence be crushed? What would it do to his self-esteem? Wouldn’t this date have been a huge waste of his time? Isn’t he just looking for love and self-acceptance like the rest of us? Yes, he’s lied and misled you but, ultimately, isn’t this about him and his feelings?

The answer is, of course, yes. It would just be too rude to leave and you’d probably wet yourself from the anxiety of trying to do so. On to the next option.

Now, this is ballsy, but what you could do is mercilessly interrogate him about the images. You will want to go into the small print here:

This will be a real test of his communication skills. Yay!

This option can be broken down into two further sub-options:

The first one is the most likely one in terms of getting away unscathed, and it’s probably the one you’ll have chosen to do hundreds of times before in your life. Silence is golden. Maybe he’s got a sparkly personality and you’ll be so utterly bowled over by that you won’t even remember what he looks like.

The second one is high risk but, when executed well, should result in him leaving, which ultimately takes the pressure off you. After a few minutes of you staring vacantly at him, refusing to respond to questions and never allowing a single facial expression to happen, he might be so bewildered that he’ll scarper. If you want some more tips on how to perfect this look, imagine a sex robot that’s had its power switched off.

Choose to be kind. Give his morale a boost by going in for the snog early doors or, if you’re not game, don’t refuse his lean-in at the end of the night. A snog’s a snog, gals, and beggars can’t be choosers.

Even if the photos on the app were old, you fancied him once, so the genes aren’t bad. If you’re inching dangerously close to the child-bearing cut-off point, you’ll want to get in there while you can and pass on those potentially positive genes to the next gen. A first date is an unusual moment for an engagement, but if he’s up for it, snag him while you still can.

Walk out of the bathroom right now, straight past him, and out of the door. Don’t worry about collecting your jacket or bag – there’s no time. Avoid, avoid, avoid.

This one really depends on how much you were looking forward to the date and how bitterly disappointed you now feel about the reality you have been met with. Killing might seem extreme, but think of all the future women you’d be saving from a similarly debasing experience. Now, we’re not saying it’s morally okay, and we’re certainly not giving you tips on how to do it – but, if you’re confident you won’t get caught, that is 100% your call.*

*Definitely do not kill anyone. This is satire, yeah? And if you hadn’t realised that by now, what the hell are you still doing here?