I don’t know who #Brexit is or why he’s such a hot topic, but I do know I’ve seen that hashtag enough to last me until next Christmas. Suffice to say, over recent weeks and days, our eyes have been shoved full of angry northerners telling immigrants to go home, some chap who looks like Kermit announcing his independence and more than a few angry celebrities tweeting their absolute bollocks off following some vote or other. It’s probably got something to do with FIFA.

Here at Glamourless, we don’t get dragged down into the dirty depths of political angst, but we sure as hell do concern ourselves with the hair and clothes of every single person who dares to cross our TV screens. To that end – whose end? Eh? Eh? Amiright? – we’ve put together our pick of the best hair from #Brexit, featuring the apparently important people in their finest suits.

We’ve got it on good authority that the wife of this extremely shiny, billowing man licks his hair into place every morning like a bitch would her pup. This is the only way to explain such precision without a visible trace of off-the-shelf product. A lucky man indeed.

This confused hunk of tweed-wearing boob is apparently controversial. Frankly, we can’t see past the purple-tinged skin, mismatched check and terribly sad eyes. We think he’d look a lot more ‘with it’ if he tried out a bob – the wispy hair fragments grazing his forehead only serve to accentuate his melancholy.

This one looks like he’s been wrenched from an office job he was perfectly happy with and forced to talk to the media – and we can see why from the image above. We’re pretty confident nobody told him a patronising, taller man would be surgically attached to his scalp when he took the job. That’s grounds for a lawsuit, by the way, ladies!

This is a very try-hard look, in our opinion. It’s got all the despair of the combovers and quiffs we’ve already seen, but it’s started to detach from itself. There is no grace here – no dignity. A sad time in the life of this man. 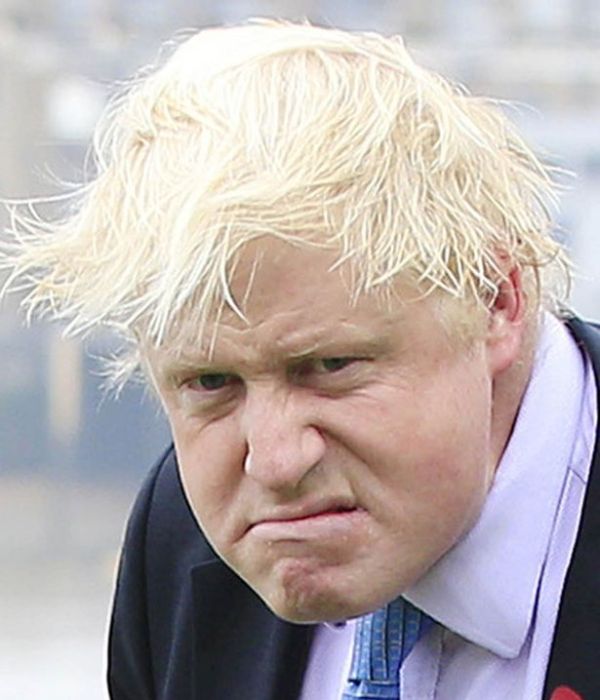 Get this psychopath the hell away from us.