We’re on season 47 of Brexit, the Arctic Circle is the new Majorca and Theresa May is poised to skip off into the closest wheat field. It can only mean one thing: we need someone to lead us out of this flaming pit of despair. Someone who can fill us with hope, someone who can inspire us, someone who we also wouldn’t mind banging.

So which of these fine selection of grey-faced, middle class men do you want to bed? Choose wisely, gals – you only get one!

The party’s party boy, Gove is Environment Secretary, which means he’s all about setting the mood. He may look like a Toby jug that’s become sentient, but that doesn’t mean he doesn’t know how to have fun – he did it once in his 30s and deeply regrets it.

A human embodiment of rhyming slang, he has the bland, non-threatening look of an estate agent, but don’t be fooled, ladies! Whether you’re a beautiful lady or a junior doctor, there’s a chance he’s interested in screwing you. Be careful if you make it into the bedroom, mind – this papa does preach, and you’ll be keeping that baby.

What can you say about Sajid Javid? 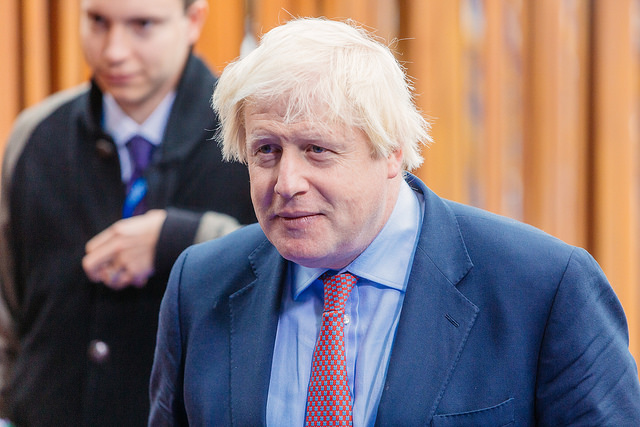 Who doesn’t love a bad boy? And with his rampant racism, patronising demeanour and endless lies, he’s about as bad as they get. Swoon! If your type is ‘evil muppet’, then BoJo could be the one for you. He’s the favourite to lead the country – mainly because he’s the only one anyone’s heard of – but is he the favourite for your pants? Only you can decide.

Dom is the man with the plan to lead us out of this Brexit mess – and straight into the bedroom! All he needs, as former Brexit Secretary, is an opportunity to get his hands on Brexit. Sadly, former Brexit Secretary Dominic Raab has not yet had that chance. Maybe take his mind off it by giving him a chance in your pants instead. The only question is: are you ready for Raab?

Military service in the streets, and bedroom tax in the sheets. Rory is the nerd who’s broken from the herd. Relatively unheard of up until now, he suddenly exploded on to the scene by pretending to film himself in a park and walking around Britain. Policy-wise, he’s known as the moderate Tory – the one who embraces capitalism, but not to the extent of letting poor people die to save billionaires a couple of quid. What a hero, gals!