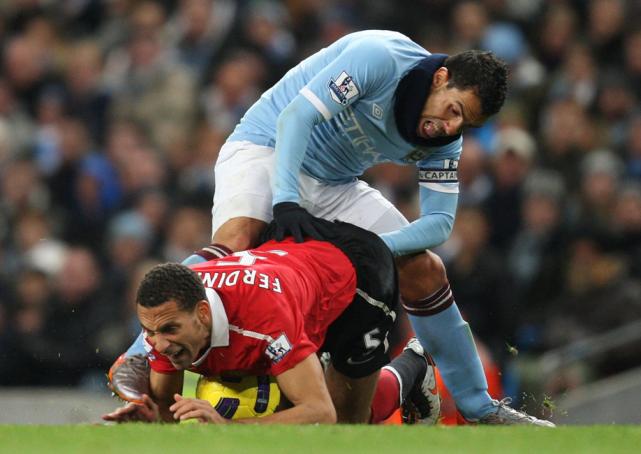 Much like at any other time of year in the UK, football has taken over our screens and, therefore, our lives. We all like watching the funny little chaps run around on the stripey grass as if their lives depended on it, but have you ever wondered what it’s all about? Why do they do it? Who decides who does it?

In the first of our Euros 2016 series, we’re going to back to basics to help you understand what even is football…if it is at all.

Sometimes the men – and it is always men, despite what the news has been harping on about recently – are from a city and sometimes they’re from a country. And sometimes they play for a city that isn’t in the country they also play for. It is utterly baffling and I can only assume the whole system has been designed deliberately to confuse and upset us.

And how are they chosen? Well, you’ve seen the number of men who attend these matches, sitting in the rows of seats at the side, staring in awe and wonder at the men kicking the ball around. These, I can exclusively reveal, are the ones that didn’t get picked. Every time there’s a match, the team is selected on a first come, first served basis, with the rejects and latecomers dressed, painted and forced to sing encouragingly at the successful few. Really, it’s a brutal business and one we oughtn’t encourage.

Each team has its own ball and protects it to the death. Balls were traditionally made of pig’s bladder, inflated en masse by small children at birthday parties. These days, the inflated testicles of a frigid bull are preferred due to their hardwearing nature and delicate scent – but, as you can well imagine, these are difficult to come by. Whatever the material, the unique and recognisable team pattern is totally down to the manager of the team, who designs, paints and laminates the ball himself, making it a highly treasured item, not to mention much harder to steal.

The rules are simple: 90 minutes of running back and forth and sticking the ball in the goal. For the first half, one team runs in one direction and then in the second half they run in a different direction. The aim is to win by getting the most balls in the goal.

However, when it gets to the final of a tournament such as the Euros, things get serious. There can only be one winner, which means teams have to fight to the death – so 90 minutes really goes out the window at this point. It takes as long as it takes. This is why you so often see teams crying when they earn their place in the final; they’ll be approaching the match with equal parts excitement and dread. It could be the last thing they ever do.

Oh, and the off side rule. More on this soon.

We’re still looking into it but we’ll update you as soon as we’ve got more information.