There comes a time in every woman’s life when she must find and start dressing for her body shape. No two women are the same: some are curvy; others have absolutely no curves whatsoever and are instead a mass of right angles; others are shaped like various fruits. We should be celebrating our diversity, gals! But how can we be expected to celebrate our shape until it has been neatly categorised, judged, ranked and subsequently marketed to? We can’t. So get out that tape measure and your most judgemental friend, and get to work – your blocky elbows will thank you.

This is categorised by being smaller on top and storing more weight in the hips, thighs and bum area. A classic shape, it’s popular at the moment because it’s fashionable to have a bum. In the dark days of the 90s, possessing an arse was considered an ultimate beauty faux pas, with many pears rounded up and mocked. EEP! Thankfully, times have changed for women and owning a bum is now seen as not only acceptable, but desirable. Lucky you!

Another one plucked from the fruit bowl, this has the same characteristics as the pear, but is generally more aggressive about it.

More fruit. No one knows why women and fruit have so much in common, but it’s probably something to do with sexuality and drawing attention to your vagina. The banana, then, is rather an odd shape for a woman, being long, cylindrical and yellow with a slight curve in the torso. It’s not like any vagina I’ve ever seen. Make the best of it with a waist belt and high heels.

So you’re shaped like Dwayne ‘The Rock’ Johnson. The main characteristics are having biceps larger than most people’s heads and a tattoo on your left arm and boob, as well as an egg-shaped head. The Rock has never been ashamed of his curves, and nor should you be! Make the best of it with a waist belt and high heels.

Ethereal with barely there lines that seem to shift as you move. A hard shape to place, no doubt you smudge easily, and shedding tears means instant doom. Uh oh! Try to stay positive by donning your best waist belt and high heels!

The seventh circle of hell

One of the rarer shapes, and quite hard to categorise due to the sudden death of all those who lay eyes on it. If clothes shopping has become a frustrating nightmare for you (you have wider than average hips and a torso that is literally a vortex filled with the tormented souls of those who’ve strayed from the path of righteousness, most clothes catch fire at the touch of your hoof, sales assistants sink into madness when you ask for a larger size), then this could be you. The bad news is that getting beach body ready is especially tough – but the good news? You’re unlikely to burn.

What shape are you? Are you on this list? No? You’re probably in denial. 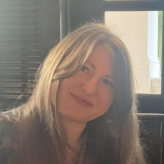